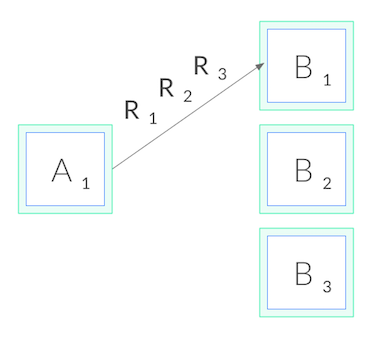 Below we see what happens when we correctly use per gRPC call load balancing. 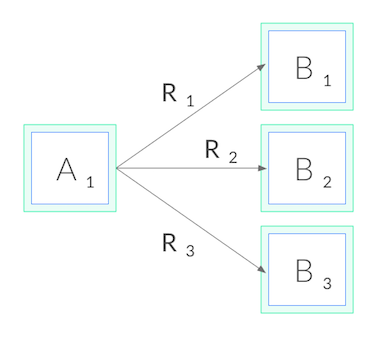 This is the simplest form of load balancing. A proxy node exists between client and servers and re-routes the calls to the appropriate server. Because we reuse TCP connections we need to keep track of requests to and from the proxy. This means having temporary copies of RPC requests and responses, making the proxy architecture too heavy for gRPC. The addition of the proxy also increase latency between client and server, also making the proxy model inappropriate for any type of RPC. An example of gRPC Proxy Load Balancing on Kubernetes.

gRPC supports many programming languages, such as Go, Python, C++, C#, Ruby, PHP, Javascript, Dart, Objective C as well as Java. So if we have a load balancing scheme which we would like to implement for our clients it should be implemented and maintained across all languages supported. This would be an expensive and time consuming task. However round-robin which is a simple load balancing scheme is implemented across multiple language gRPC clients. The client load balancing will make use of some type of service locator, for the clients to contact initially and get a list of gRPC servers. These may be implemented in Zookeeper, Consul, etcd, DNS etc.

Also called Lookaside Load Balancing. This is actually a hybrid solution utilizing the aforementioned round-robin implementation in the clients and an external Load Balancer. The heavy lifting of keeping track of server load is carried out by the Load Balancer. This architecture also makes use of a service locator shown by the yellow box in the diagram below. However this architecture has the disadvantage that currently it seems implementations rely on Kubernetes. Nodes participating in this scheme are name-resolver, Load Balancer, clients and gRPC servers as shown below. 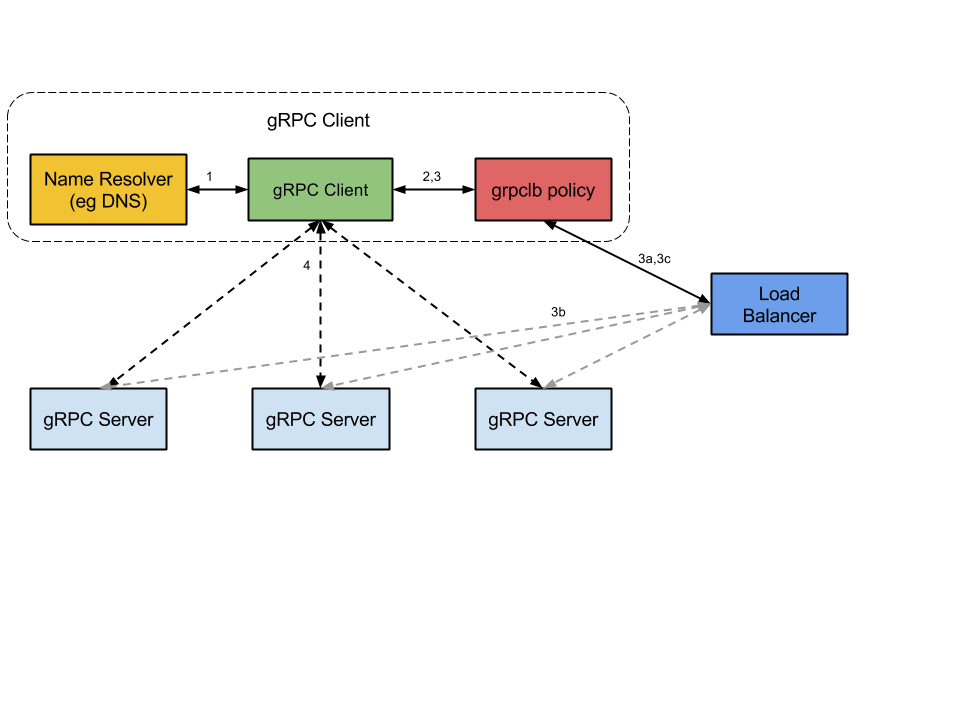 Note: the actual process described above is more complicated because it has fallback mechanisms when a load balancer can’t be located. For a more detailed description, see the original documentation on github.

A simple example on github shows how Apache Zookeeper can be used as a service locator in a client-side load balancer. Just follow the instructions given to install and run the example using a docker Zookeeper service. The client code is found in HelloWorldClient.java

In the constructor it specifies the RoundRobinLoadBalancerFactor as the factory to use for load balancing. We also sets the nameResolverFactory to ZkNameResolverProvider. This factory gives access to the core ZkNameResolver class that extends NameResolver. This class implements the Zookeeper Watcher interface and provides a callback for Zookeeper to call to update the server list as shown below.

In this article we gave an introduction to the gRPC clustering techniques and discussed some drawbacks and advantages of each. Also, we described a simple client-side implementation using Zookeeper. If you’ve read this far, congratulations you should now be ready to assess which load balancing architecture is right for you.